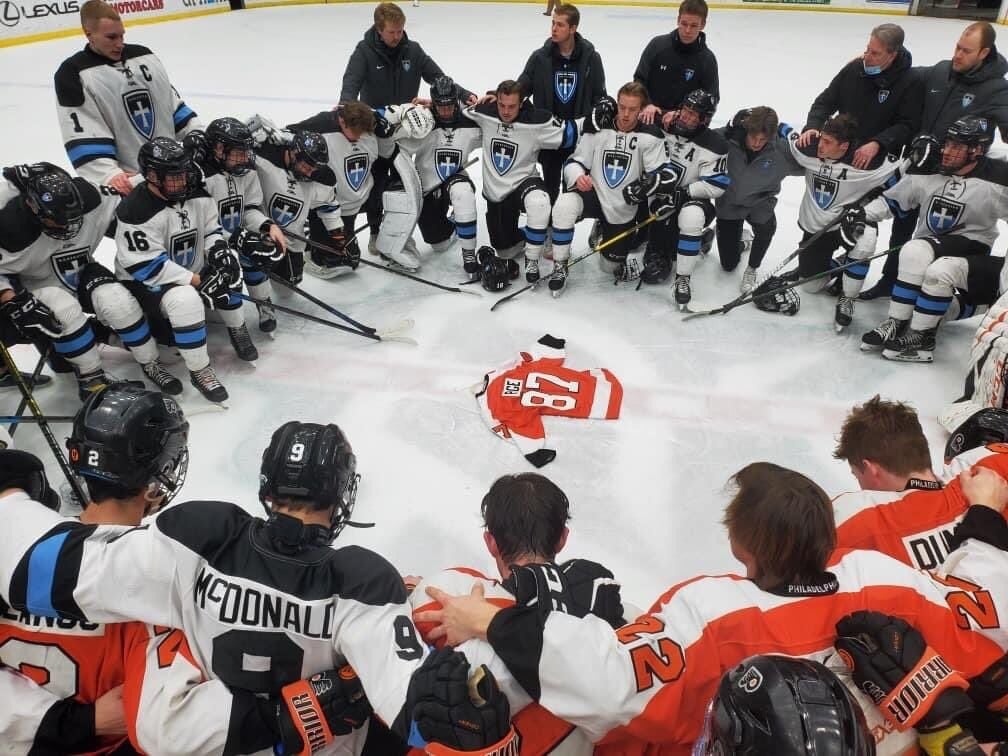 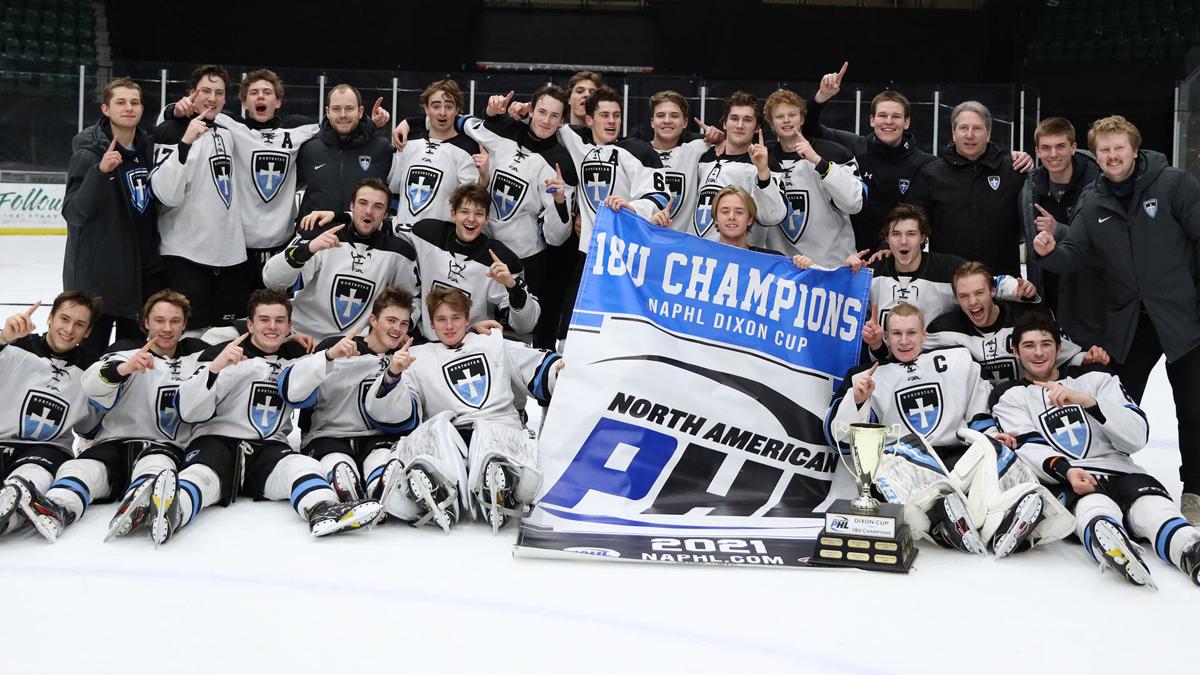 Alexandria, MN's Northstar Knights 18U team won the Dixon Cup after a 4-3 OT win in the NAPHL Championship game.

Alexandria, MN's Northstar Knights 18U team won the Dixon Cup after a 4-3 OT win in the NAPHL Championship game.

(Frisco, TX) Alexandria's Northstar Knights continue to prove that they are a definite force in 18U hockey on a national scale, but it's what they are doing after the whistle that's drawing even more attention.

On Monday afternoon, amid a chaotic day because of the snow and ice in Texas, the Knights were able to come through with a 4-3 overtime win over the Philadelphia Little Flyers to claim the Dixon Cup.  The two teams were competing in the North American Prospects Hockey League (NAPHL) Championship game, not long after the Knights 16U team had lost out in their championship game to the Florida Alliance 5-2.

Rick Randazzo, Northstar's Director of Hockey operations describes all that took place during Monday's run for the Dixon Cup and also what took place immediately after the game.  (AUDIO BELOW)

During the game there were plenty of plays on the ice that are worthy of note.  Among them was the 3-goal game performance by the Knight's Dylan Cook (Princeton, MN); including the game-tying goal in the third to help send it into overtime.  Cody Croal (North Branch, ND) also had a "good day" on the ice getting two assists and the game-winning goal in overtime off of a Reese Laubach assist.  The power, or lack thereof, provided its own effect on the game.  Controlled blackouts in the area to conserve electricity amid the excess demands for heat caused delays in the Comerica Center Arena.  Each time the blackouts occurred it stopped the game, requiring about a 30 minute wait to return to action.

Following the exciting overtime win, Northstar captain, and Philadelphia area native, Chris Brown asked to take the jersey of Little Flyers injured player, Brian Page and lay it in the center of ice.  Both teams gathered around and prayed for Brian, along with the safe travels for all players and family.

Brian Page, 17, absorbed an on-ice hit on Nov. 15, 2020 leaving him paralyzed from the chest down. Brian has had a tremendous career playing offense for the Delaware Ducks, Philadelphia Jr. Flyers, Philadelphia Little Flyers and most recently signed a tender agreement to play in the North American Hockey League. Brian is in his senior year of High School and has been a player of interest to top college hockey programs.

A post on the Brian Page #87Strong Facebook page says that they watched, via video, Chris (Brown) skate to the Philly Flyer bench and grab Brian's jersey.  The post commented on how Chris is going through his own journey filled with challenges and yet he thought of another.  "His selfless act of leadership has gone beyond the bounds of hockey and onto a greater calling.  This moment wasn't by accident, but by design, as God puts us where He wants us, when he wants us there.  We all needed this moment to happen, to allow it (to) move each of us for different reasons."

You can watch the game in its entirety by subscribing to Hockey TV at this link.