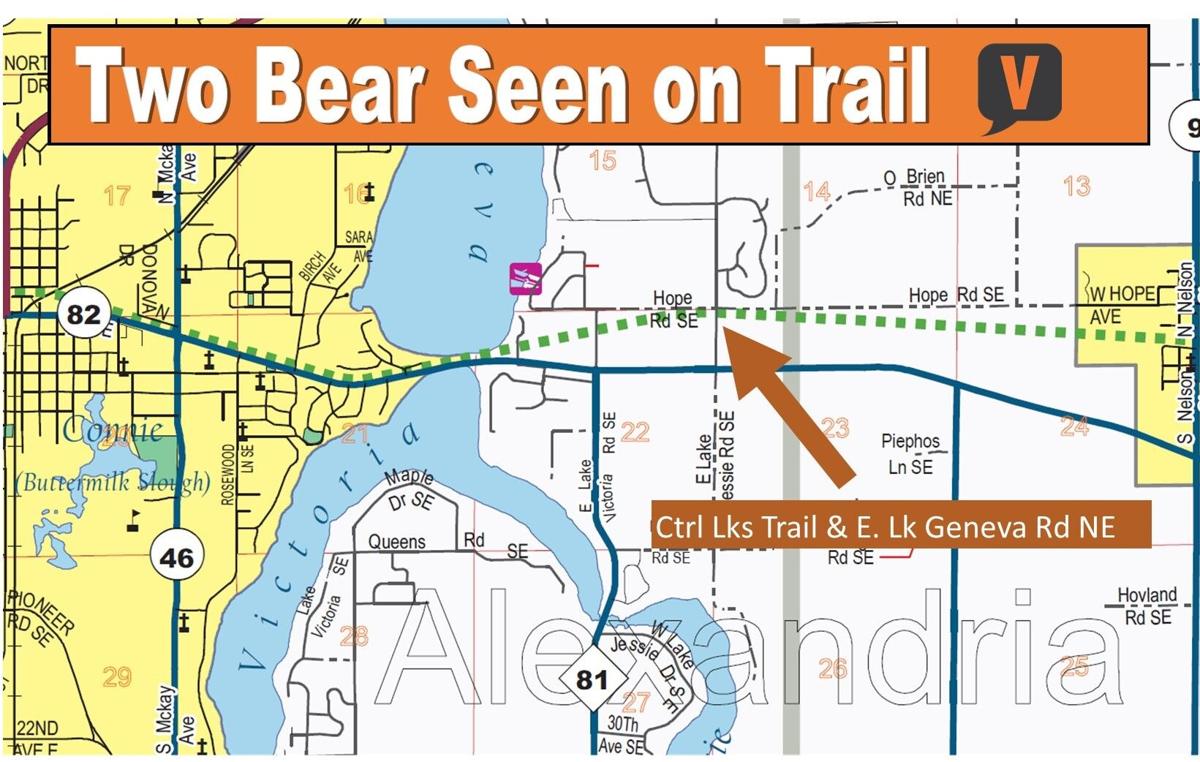 (Alexandria, MN)  It's not unheard of to have black bears in the Alexandria area, but it is somewhat rare.  Thursday night, July 16th, Maureen Boesen and her daughter Sandy were out walking a friend's dog and saw a site they've never seen on the Central Lakes Trail near Alexandria.  Maureen says they were walking less than a mile from their house on Lake Geneva and got near the intersection of the trail with East Lake Geneva Road NE.  it was there that they saw two adult black bears on the trail.  She recounts the incident in this interview with KXRA's Joe Korkowski (AUDIO BELOW)

Maureen Boesen Talks About Her Bear Encounter Near Alexandria

Maureen says she heard of stories of black bear in the area this past spring back had not seen any herself until Thursday.  She wanted to make sure everyone was aware of the potential danger.  The Minnesota DNR says that it is normal to be somewhat alarmed if you come face-to-face with a black bear, but the reality is that black bears are rarely aggressive. Actual attacks by black bears are rare.

Knowing how to behave when encountering bears and how rare bear attacks actually are can keep you safe and provide peace-of-mind. Although bears are large and powerful animals, a wild Minnesota black bear is normally shy and scared of people – even bears that are two to three times heavier than an average person. With a little preparation and knowledge, you can still enjoys the great outdoors in bear country with confidence. Learn how you can respond to a bear encounter, what to do if a bear becomes aggressive and how you can defend yourself with bear spray.

The Minnesota DNR website gives these tips if you do encounter a bear: