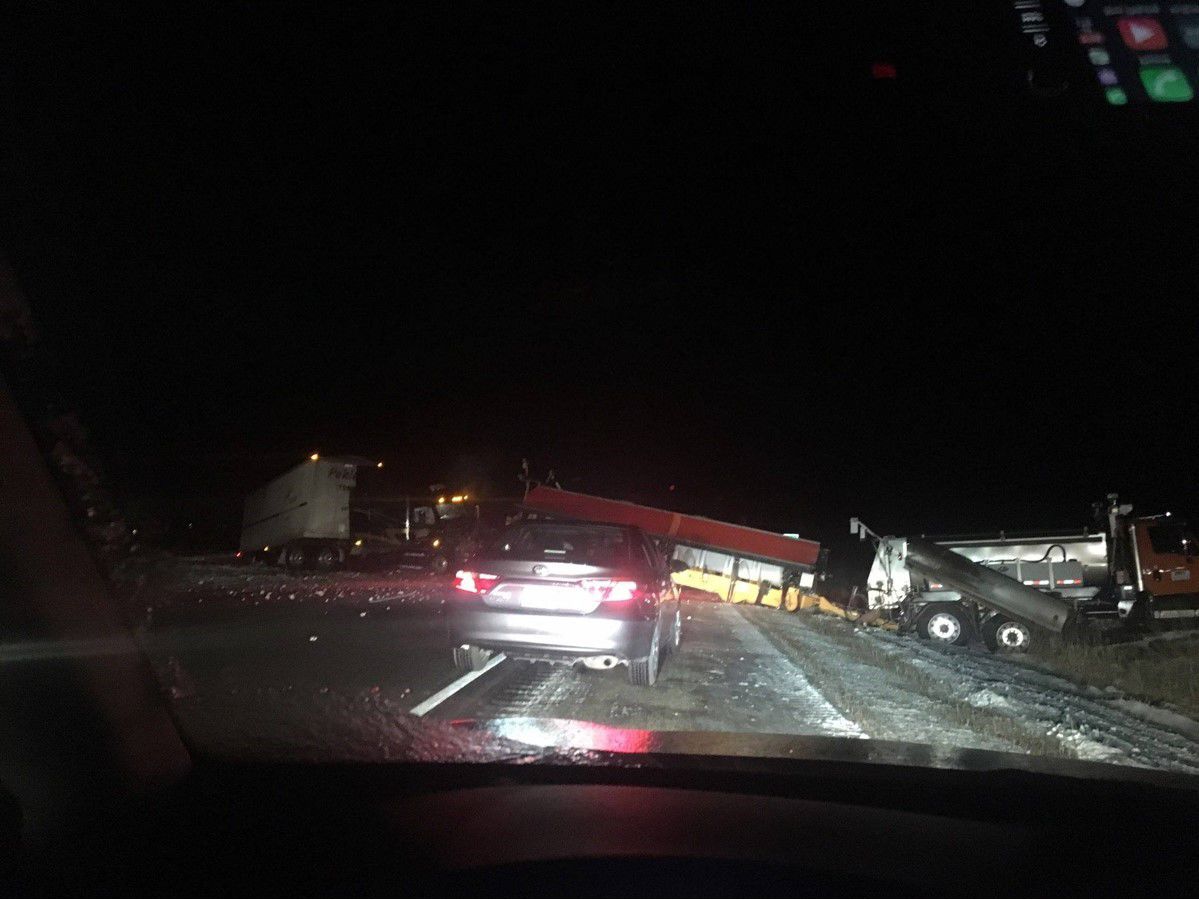 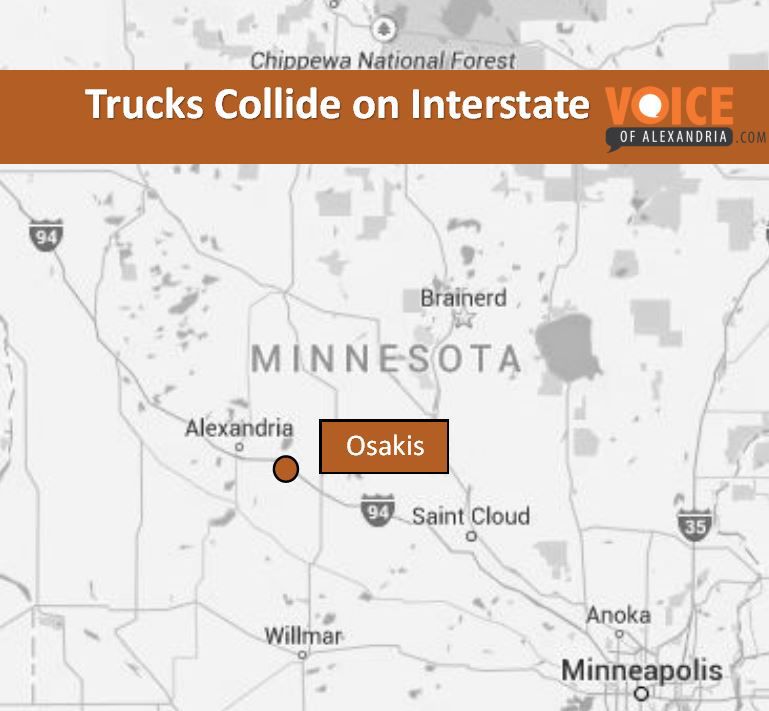 (Osakis, MN)  MnDOT closed down I-94 near Osakis for a few hours last night following a collision between two trucks.  The State Patrol says a Peterbuilt truck, driven by 48 year old Ryan Higley of Rushford, was traveling eastbound, in the left lane on I-94, when a International plow truck pulled off of the right shoulder to cross the interstate and the two trucks collided.  The plow was driven by 37 year old Jeremy Glawe of Hoffman.  Both he and Higley were taken to Alomere Health with non-life threatening injuries.  The collision took place near milepost 115 in West Union Township.