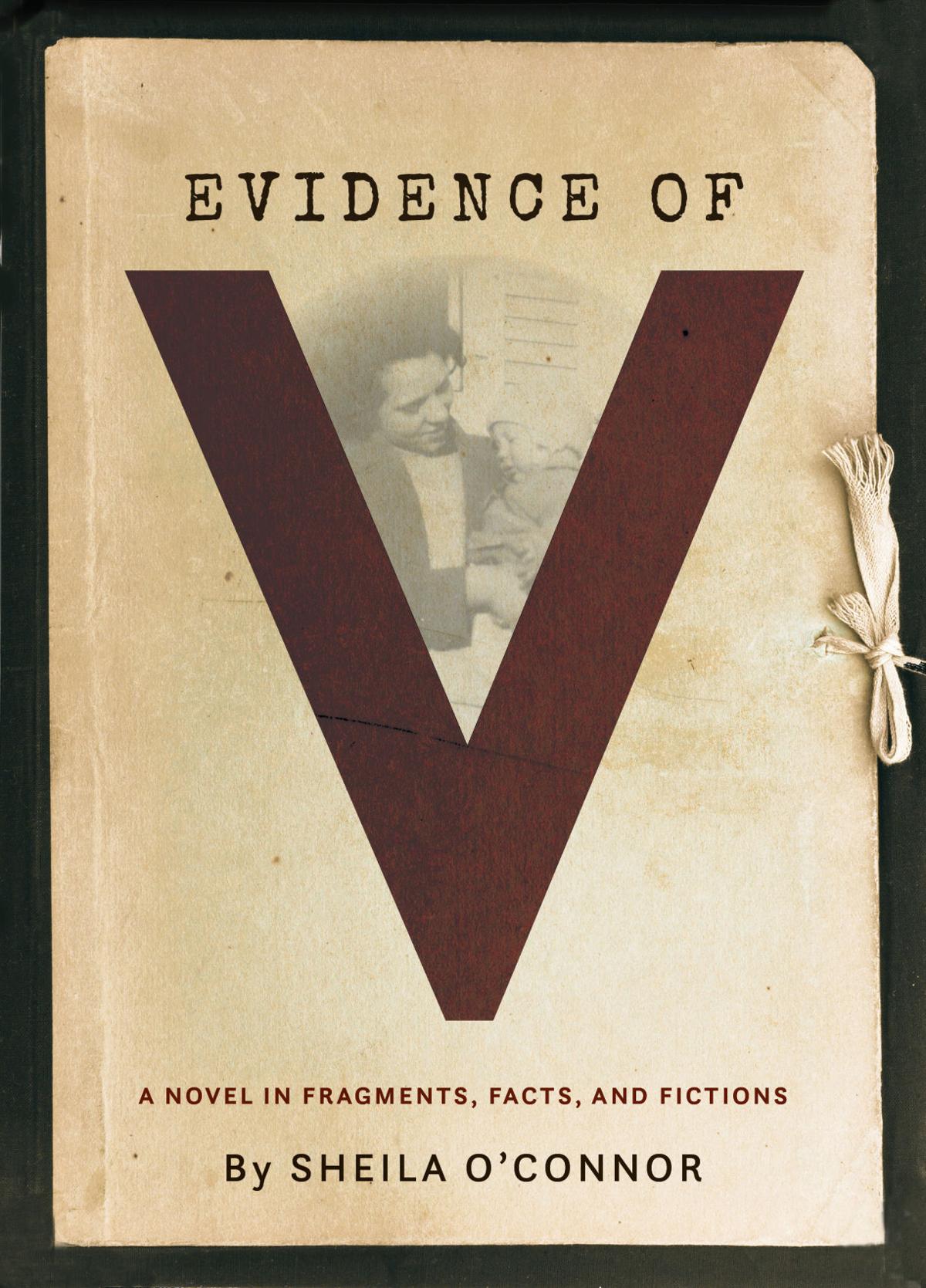 The book Evidence of V: A novel in fragments, facts and fictions was written by author and Hamline University professor Sheila O'Connor. 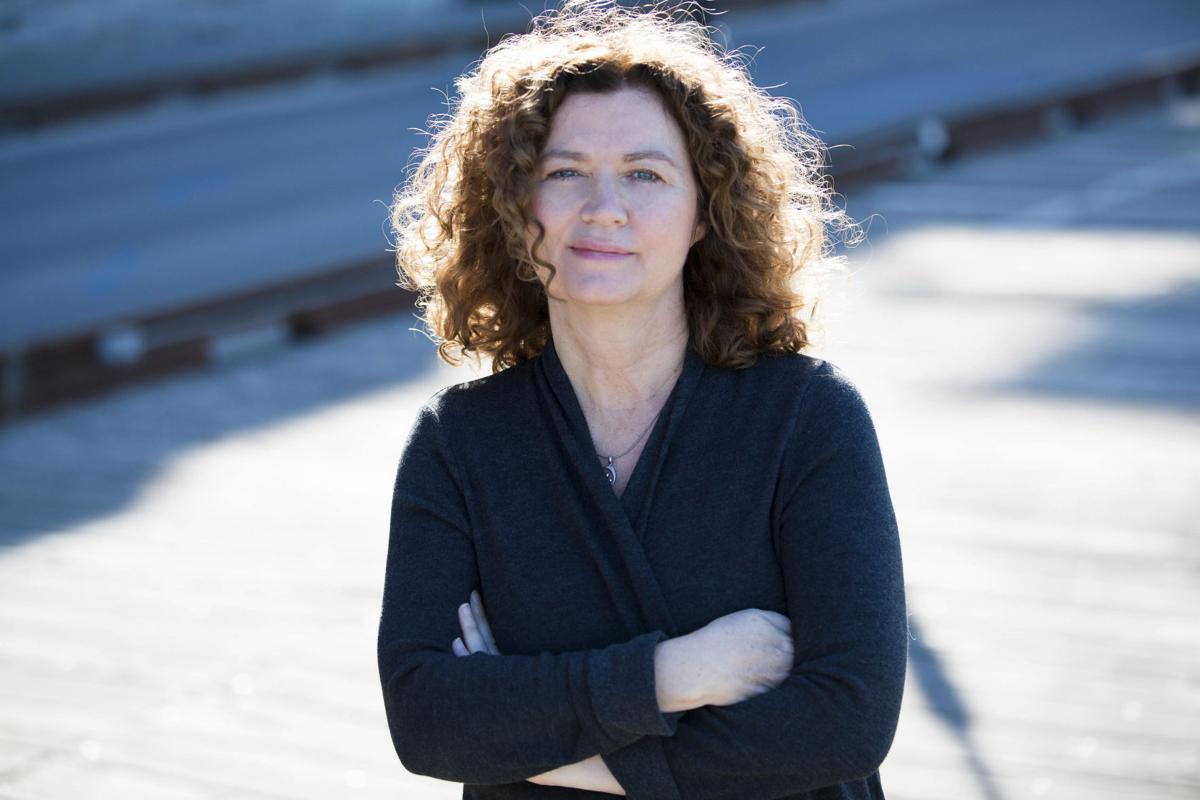 The book Evidence of V: A novel in fragments, facts and fictions was written by author and Hamline University professor Sheila O'Connor.

ST. CLOUD, Minn. (AP) — Most women who spent time incarcerated at the Sauk Centre Home School for Girls did not talk about the experience with their descendants, said Sheila O'Connor, a professor, author and granddaughter of one such woman.

O'Connor's mother was born at the girls school, and O'Connor published a book last year with decades of research into the Stearns County school and the history of locking up girls in the U.S. for misdeeds like "immorality" and "incorrigibility."

Since her book, "Evidence of V: A novel in fragments, facts and fictions," came out, O'Connor's heard from other descendants, said the Hamline University professor of creative writing.

"The stories are very similar in terms of the legacy of secrecy of shame of fear," O'Connor said in a recent interview with the St. Cloud Times. And still there's been no public acknowledgement that thousands of girls were taken from their homes, committed for non-criminal activities and sometimes punished harshly for behavior at the Sauk Centre school.

The Home School for Girls — referred to as a school for wayward girls in some historic news clippings — opened in Sauk Centre with female inmates in 1911 and closed in 1999. Staff kept girls in cottages and trained them to work and keep house.

In 1921, the school was considered progressive with "a right attitude toward the girl," by Chicago Judge Mary Bartleme, a "known figure in corrections," according to a 1999 issue of the Stearns History magazine "Crossings."

Some of the school's superintendents were more strict than others. At one point girls who ran away were punished with up to 60 days of isolation. Other punishments included ice baths. By October 1972, the school stopped locking up its wards. By then boys and adult women were kept there.

"It's a prison of the mind," head of the women's program Myrna Maurer told the St. Cloud Daily Times in a 1979 article kept at the Stearns History Museum. "None of these women are free to do the things they want to."

Now the campus of the Home School for Girls is home to the Eagle's Healing Nest, a non-profit that serves veterans and their families "who suffer from the invisible wounds of war."

"I think it's wonderful that it's transformed into a place of healing," O'Connor said. "I think there's a lot of pain on that land. A lot of girls suffered there."

In 1935 O'Connor's mother was born at the Sauk Centre school to a 15-year-old girl serving a six-year sentence after being impregnated by a 35-year-old man, according to O'Connor's book. By today's standards and state law, a 15-year-old cannot consent to sex and this would be considered rape.

O'Connor's book includes sections from historic records, scenes from her real-life search for information and historical fiction, in which she imagines the life of her grandmother known as V.

The superintendent between 1932 and 1940, Inez Patterson, later told a researcher that people would find their discipline "horrifying today," according to Joan McDonald's "A History of the Minnesota Home School: 1911 to 1976," kept at the Stearns History Museum.

"Many of the girls were pregnant," Patterson told McDonald. "We had them wax hardwood floors on their hands and knees with paraffin and a cloth wrapped brick, which was a healthy prenatal exercise."

Standard discipline included cropping the girls' hair or requiring ice baths, Patterson said. And still, the girls "needed love, and we did our best to provide it."

The black girls sent to the school were segregated, according to another account shared with McDonald.

O'Connor sees the girls in Minnesota's correctional system and systems across the U.S., including her mother and grandmother, as victims of trauma and abuse.

"Shame is a wonderful silencer," O'Connor said. "It really has done a wonderful job keeping this story under cover."

Her mother stayed at the Home School for Girls just three months as an infant before being adopted out. She and her mother needed a court order to unseal the adoption records. Once O'Connor's grandmother reached age 18, she was released on parole, to live and work in a nearby home as a domestic servant.

O'Connor wants to see some reconciliation and she wants the narrative to change.

O'Connor gets regular messages from people who've read her book and cried. People who know the girls school is part of their family's history, but couldn't talk about it. She wants to be a resource for them.

Knowing a descendant was incarcerated in this way explains why that woman may have been troubled, been an alcoholic or suffered in other ways, as trauma survivors do, O'Connor said.

"The 'Why?' is there. The 'Why?' is in what happened to them (at the school)," O'Connor said. “We're empowered by having this shared history.”

Copyright 2020 The Associated Press. All rights reserved. This material may not be published, broadcast, rewritten or redistributed.