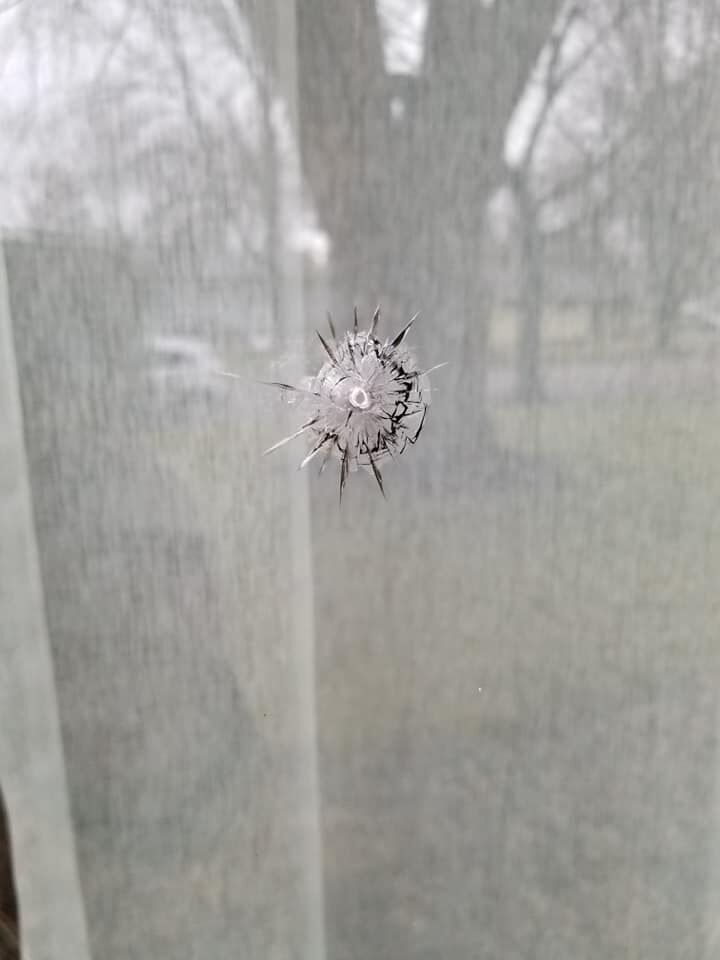 An Alexandria home's front window was hit by a pellet during the April 7-8 shooting spree. 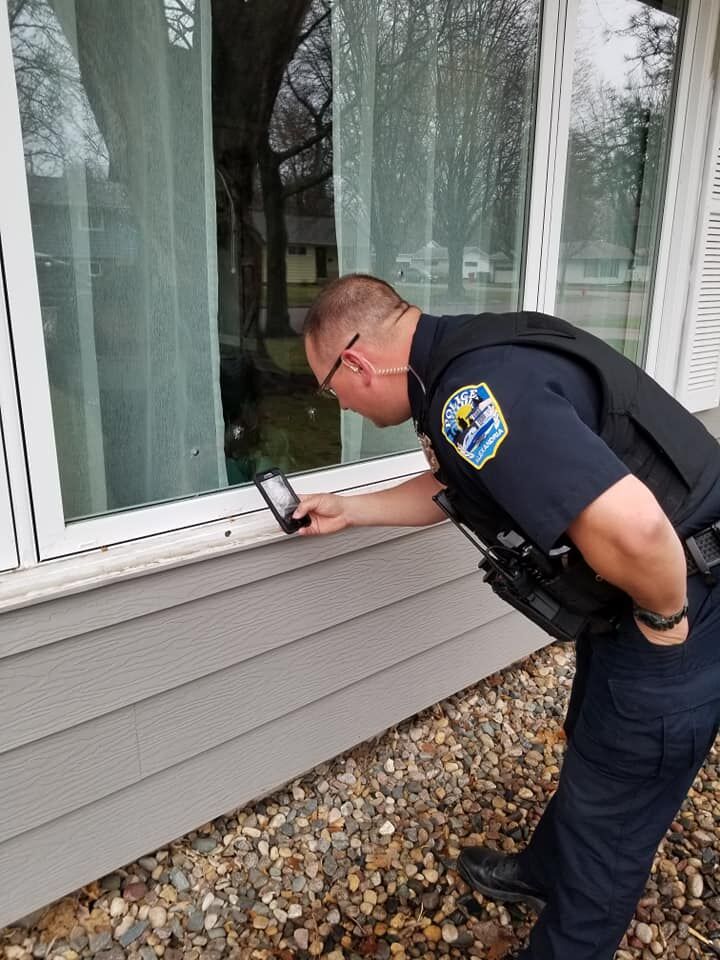 An Alexandria home's front window was hit by a pellet during the April 7-8 shooting spree.

(Alexandria, MN) The shooting spree on the evening of April 7 into the early morning hours of April 8th in Alexandria has police looking for a suspect.  Because of pellets being fired in the city limits Alexandria Police Chief Scott Kent says there was damage reported to nine vehicles, five houses and two businesses. (AUDIO BELOW)

Several shots damaged but did not break the large front window of one Alexandria resident's home.  On Facebook the man stated he was angered that someone who do such a thing, citing if it was earlier his children could have been hit by a stray pellet.

If you have information regarding the incidents, you are urged to contact the Alexandria Police Department at 320-763-6631.