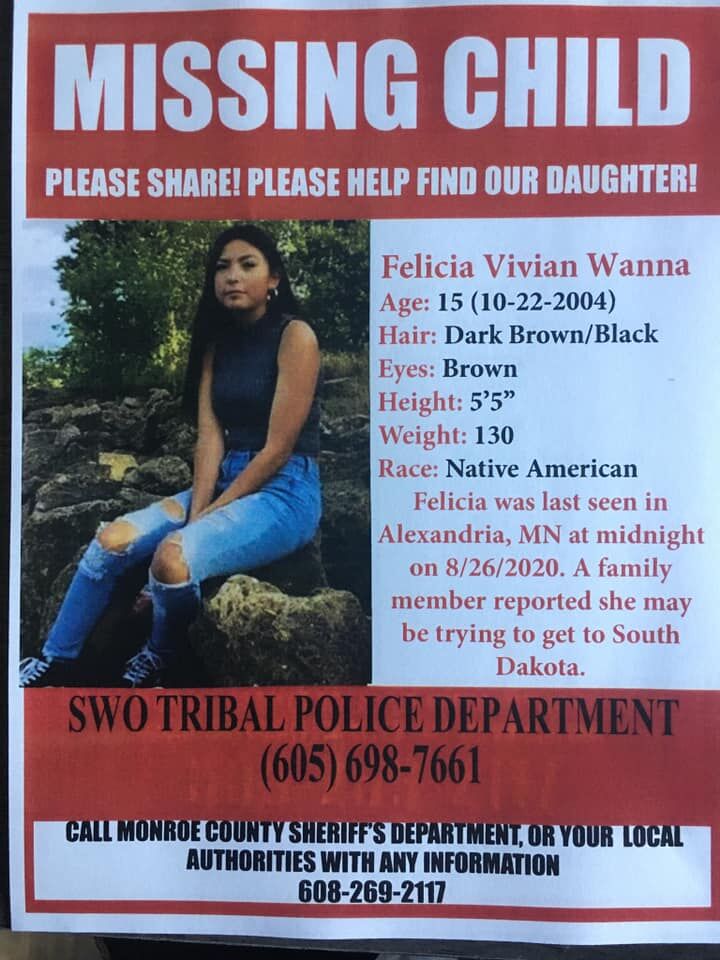 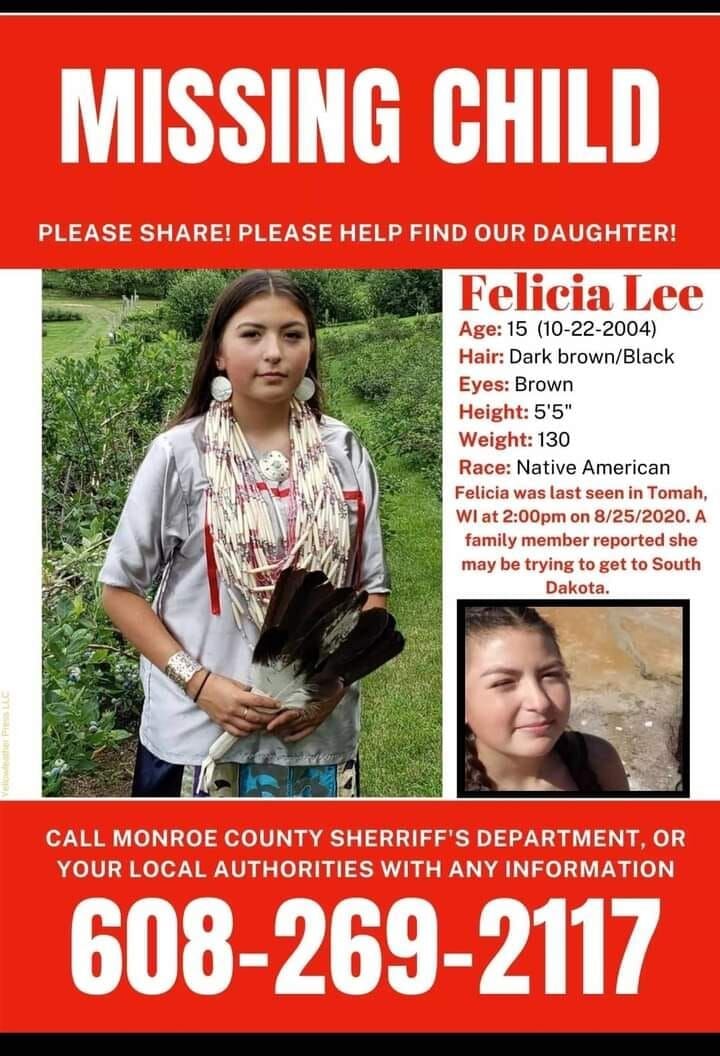 (Alexandria, MN)  Family members are now reporting that Felicia has been found.  No further details have been released.

(Earlier Report) Friends and family are asking for the public's help in finding a missing teenager.  The girl's name is Felicia Wanna.  She also goes by the name Felicia Lee.  She is 15 years old and described as being 5'5, 130lbs with dark brown/black hair and brown eyes.

Friends say that Felicia left with a friend from Tomah, WI to Alexandria, MN Tuesday afternoon (Aug. 25) around 1pm. They arrived in Alexandria around 7pm where she was dropped off at the Super 8 motel with the understanding that family was coming to get her. That is the last place that she was seen.

If you have any information concerning her whereabouts please contact your local law enforcement agency.