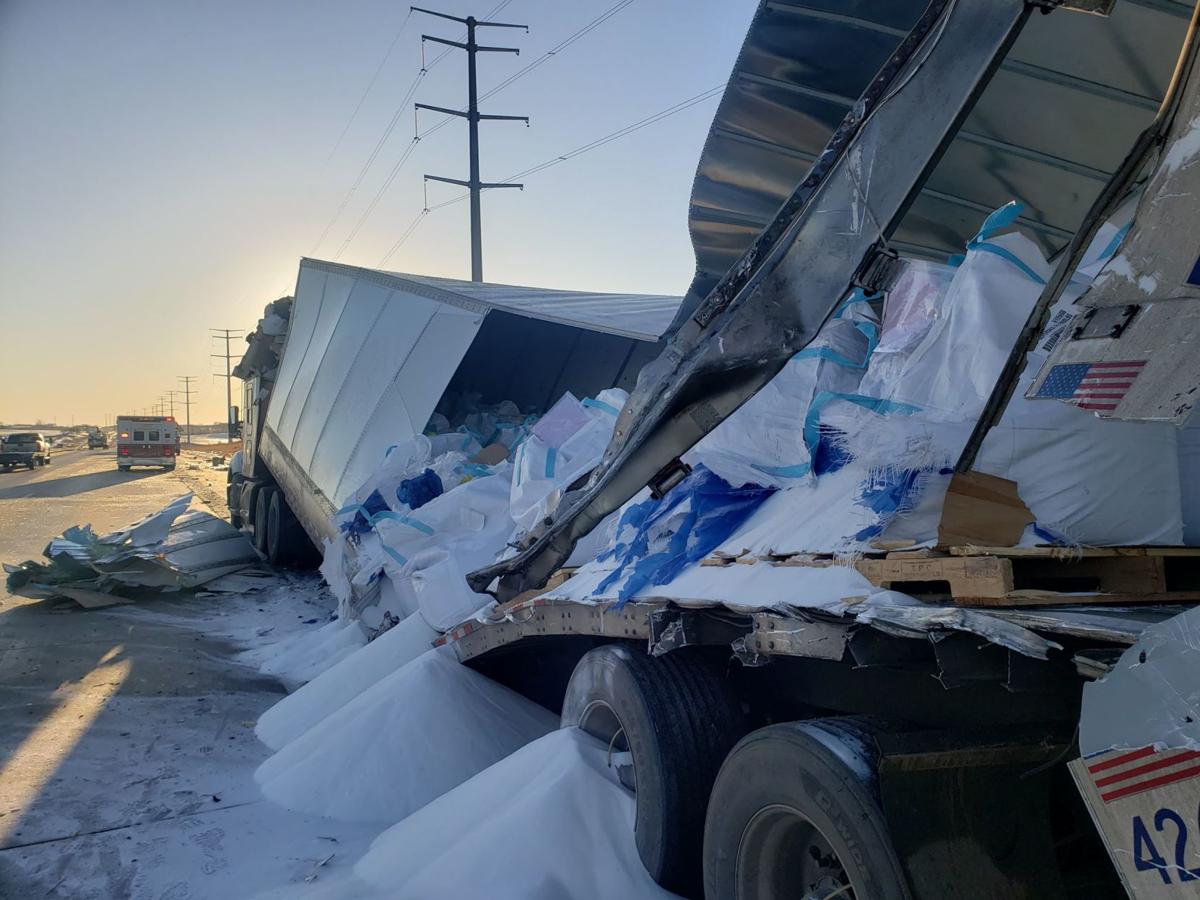 One of two semis involved in I-94 collision near Ashby on Wednesday morning, December 4th. 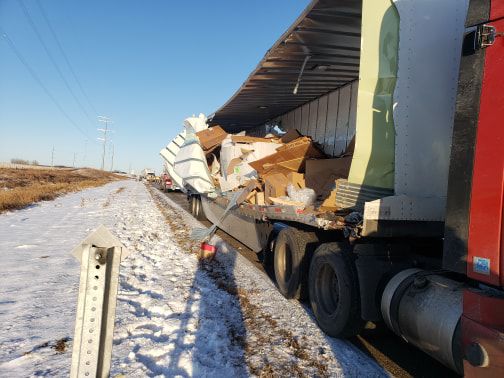 One of two semis involved in I-94 collision near Ashby on Wednesday, December 4th.

One of two semis involved in I-94 collision near Ashby on Wednesday morning, December 4th.

One of two semis involved in I-94 collision near Ashby on Wednesday, December 4th.

DETROIT LAKES, Minn. – Motorists heading eastbound on Interstate 94 near the Highway 78 interchange to Ashby this morning (Wednesday) encountered a lane closure due to a semi crash.  The right lane has been closed following the collision of two semi-trailers just after 8:00am Wednesday.

The Minnesota State Patrol says a Freightliner Semi pulled off to the right hand side of the road to clear windshield failing to clear the fog line.  The Patrol says that caused a Kenworth semi, driven by 55 year old Mark Joseph Weldon of Pennsylvania, to make contact with the back rear back end of Freightliner.  The driver of the Freightliner, 45 year old Jason Scott Turner of New Brighton, was unharmed.  Weldon, and 55 year old passenger, Carla Raelyn Weldon, were taken to Alomere Health for non-life threatening injuries.

The right lane was be closed for a few hours while the crash was cleared.  As of 1pm Wednesday MnDOT says the lane of traffic has been reopened.