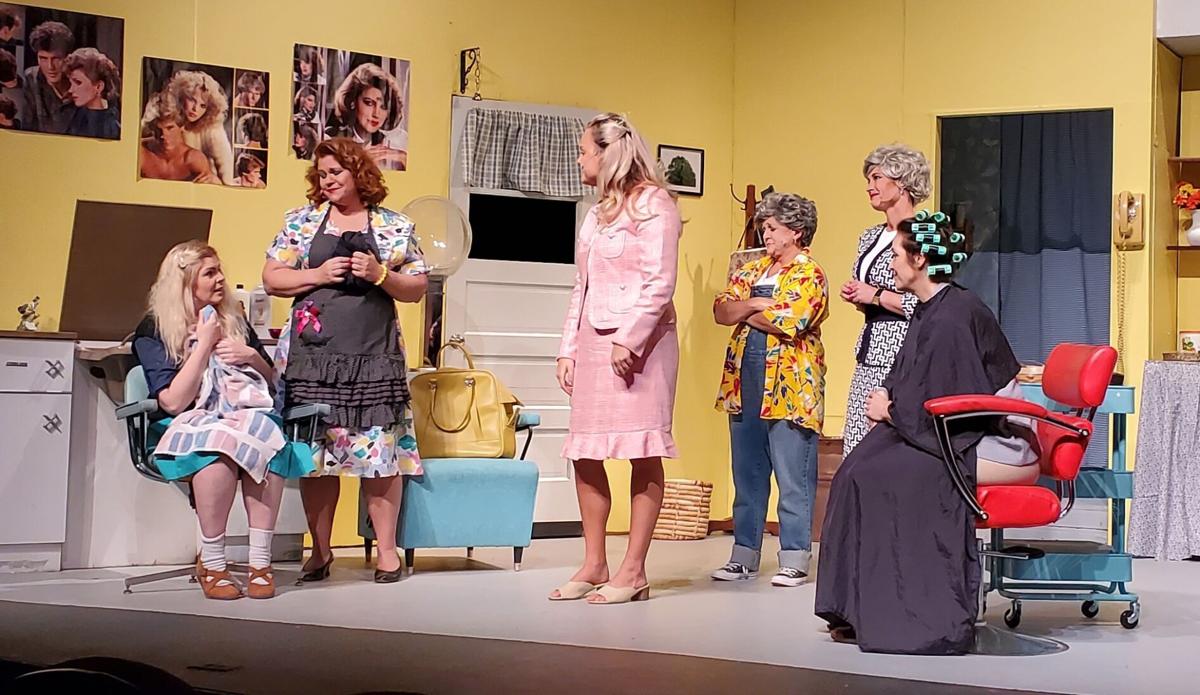 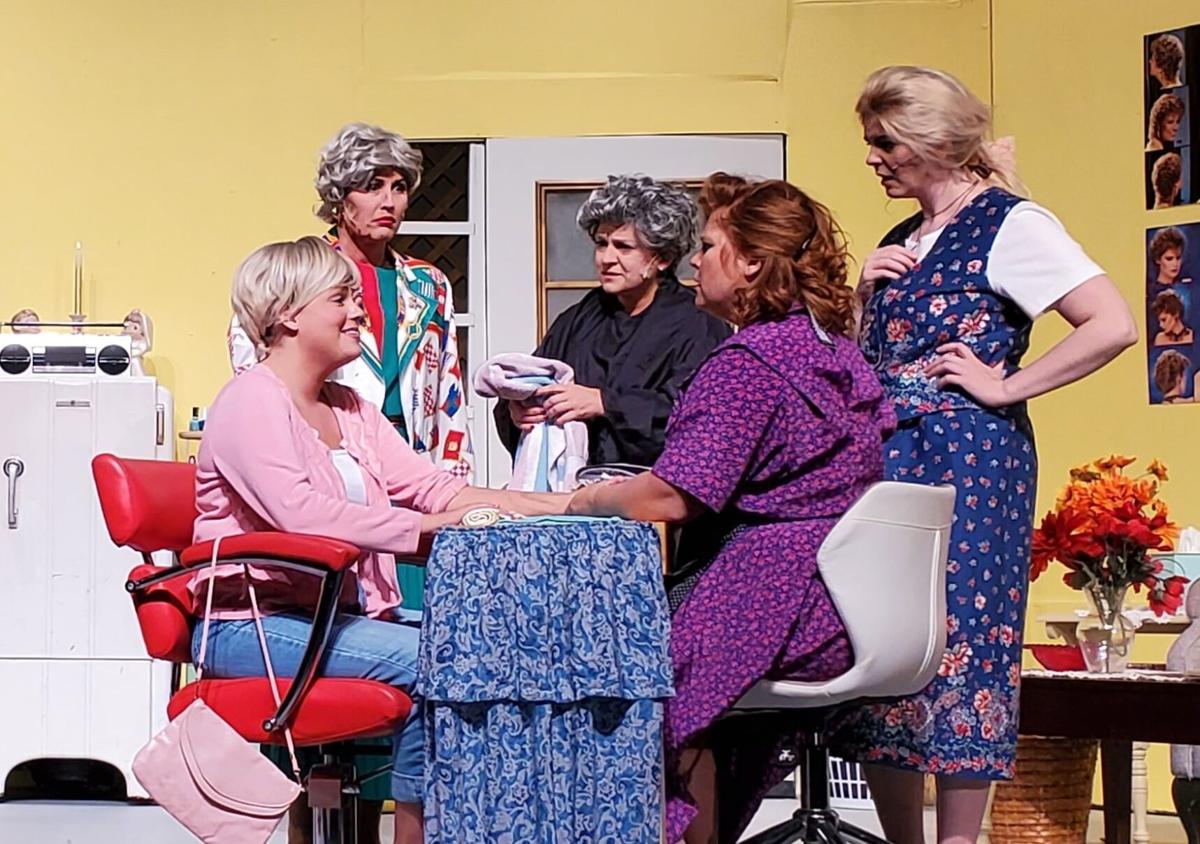 Ari Janssen, M. Newman, Beth Staples, Kristen Peterson and Leah Drexler react to a scene from Act Two of Steel Magnolias during a rehearsal on the Andria Theatre stage.  (not  pictured, Becky Byrne). 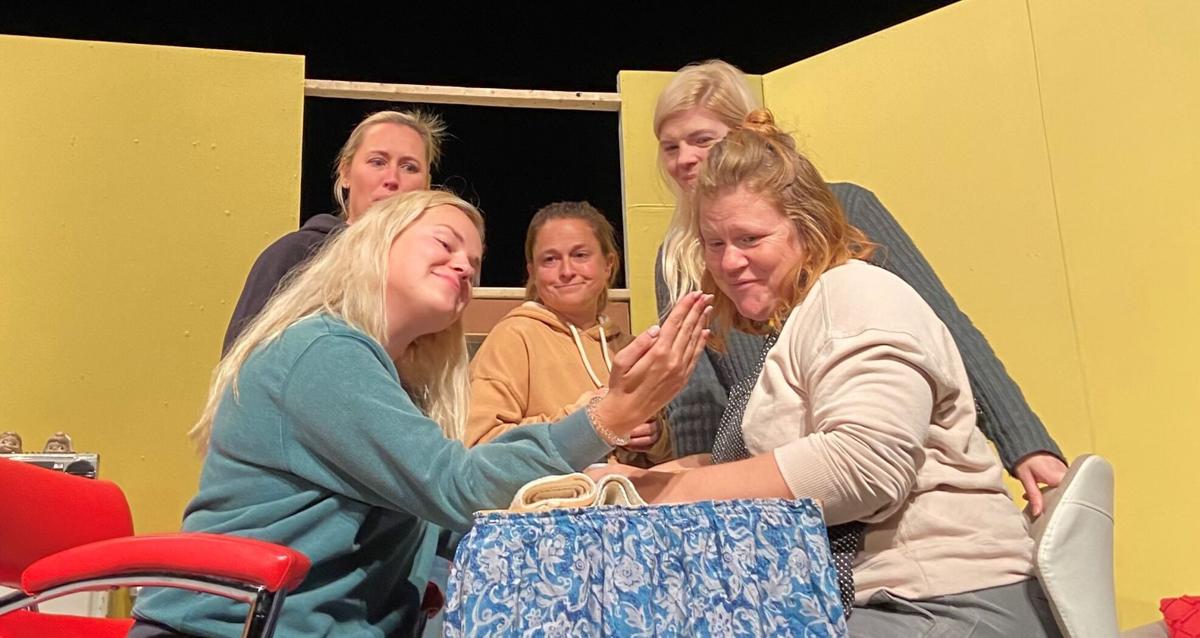 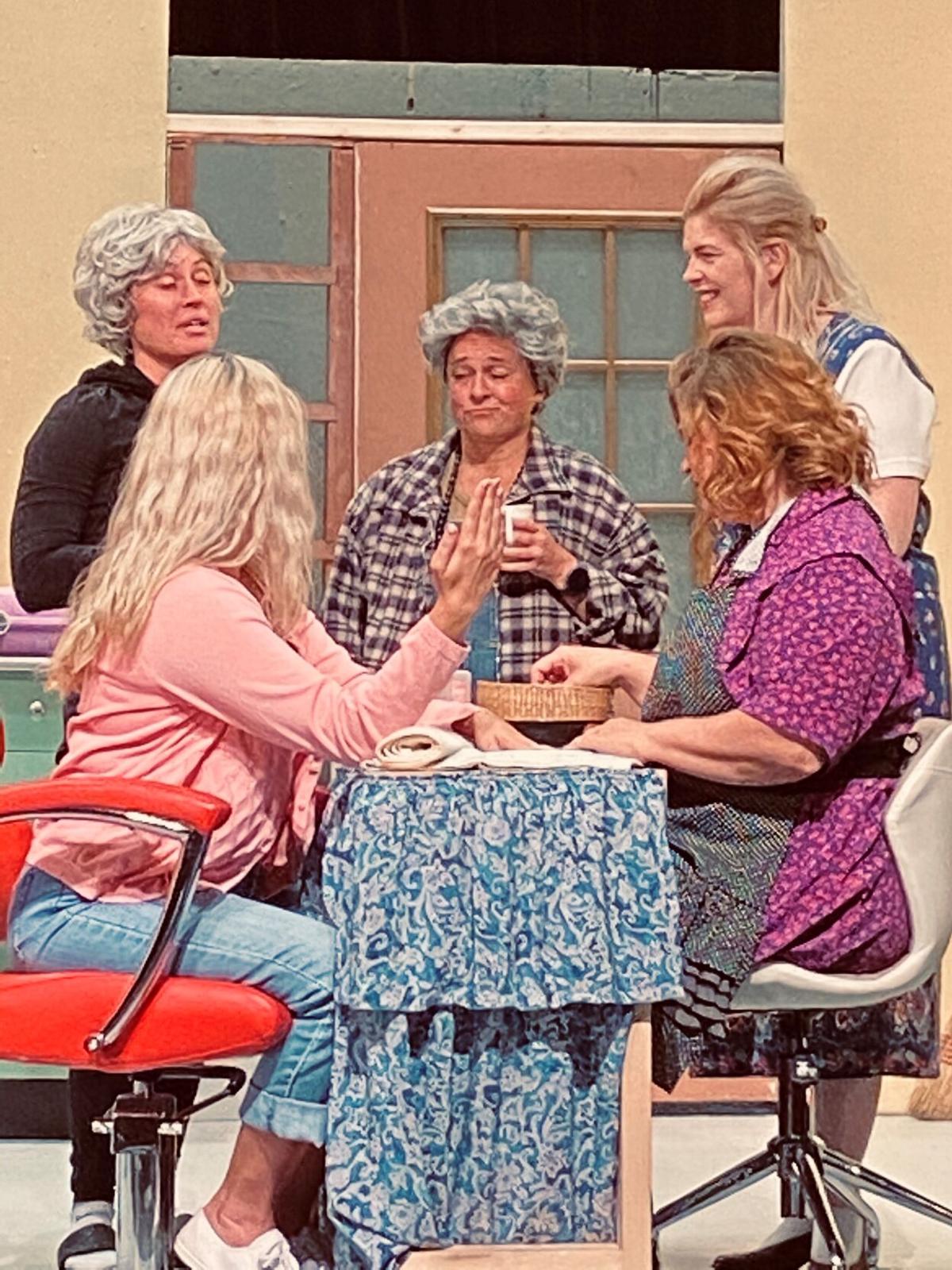 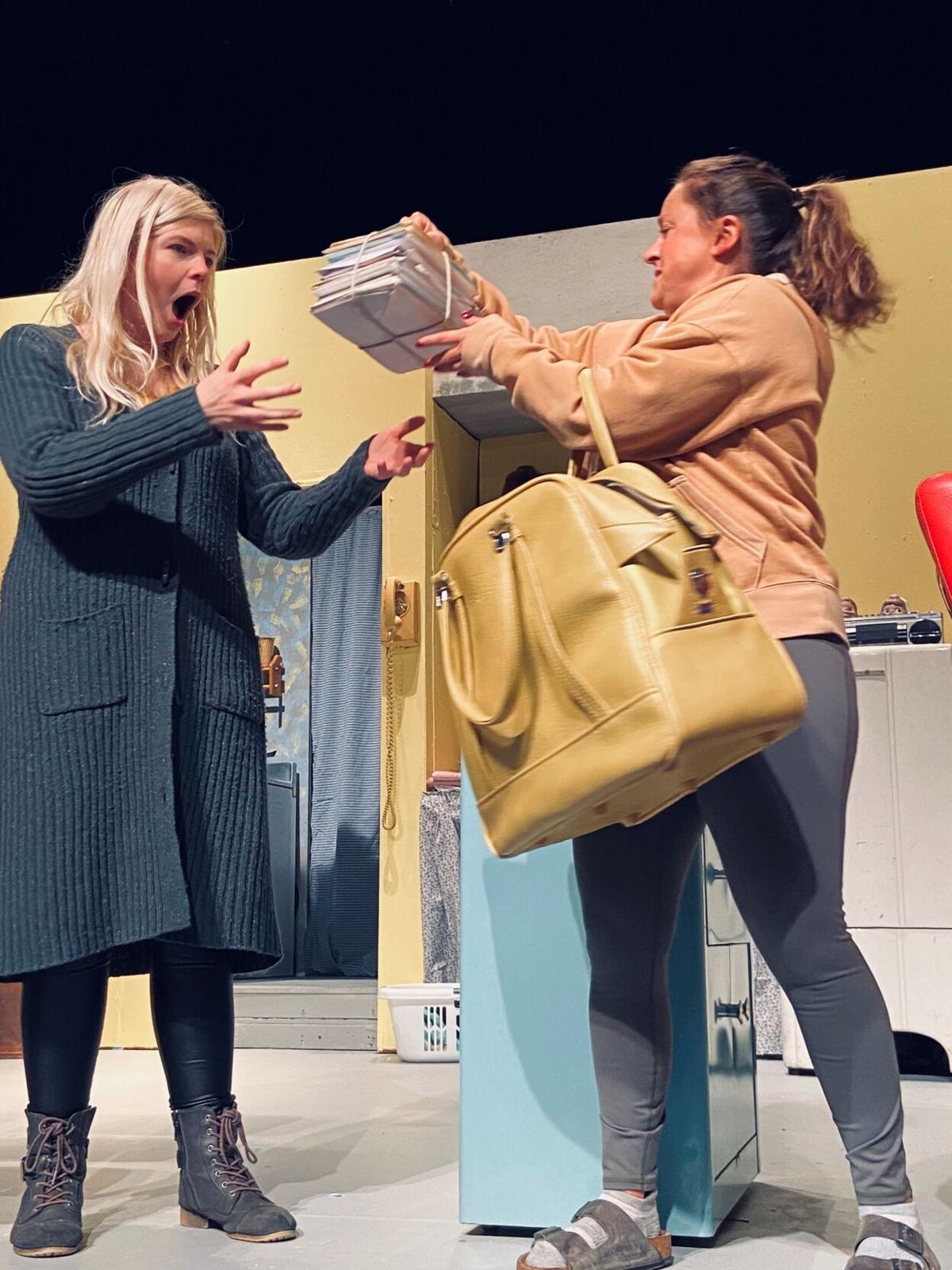 Leah Drexler (Annelle) reacts as Beth Staples (Ouiser) hands her some mail during a rehearsal for Steel Magnolias.

Ari Janssen, M. Newman, Beth Staples, Kristen Peterson and Leah Drexler react to a scene from Act Two of Steel Magnolias during a rehearsal on the Andria Theatre stage.  (not  pictured, Becky Byrne).

Leah Drexler (Annelle) reacts as Beth Staples (Ouiser) hands her some mail during a rehearsal for Steel Magnolias.

(Alexandria, MN) The staff at the Andria Theatre has been heartbroken time and time again since the pandemic closed down performances at their Broadway stage.  It started with the cancelling of four sold out shows to the Theatre's youth show, Frozen, Jr. in March.  A spring performance of Dirty Rotten Scoundrels was postponed, then cancelled.  Next were the summer theatre programs and performances for dozens of young actors.  "The Old Girl", as Andria Theatre's Creative Director David Christman would call the theatre, is in dire need of a boost.  Kristen Peterson was one of nearly two dozen people cast in Dirty Rotten Scoundrels and saw what was happening.  She was determined to make a difference.  After talking with friends this summer she decided to see if she could get a show together and was willing to host the show in her backyard if need be.  The show would be Steel Magnolias.  David Christman agreed to direct the show and cast the group into the various roles.  Its plot outlines heartbreak and loss, but also provides line after line of comedic relief.  She secured the rights to perform the show and then gathered friends she felt would fill the cast.  She needed people willing and able to rehearse amid a lot of uncertainty.  The biggest dilemmas would be when and where, followed by who would come and see it.  Ann Hermes is the Andria Theatre's executive director.  She caught wind of Peterson's idea and began working with her and Christman on how it could safely be performed on the Andria stage.

It has been no small task creating an environment that both meets CDC safety protocols and would not be a financial loss for the theatre.  Normally paid positions on the crew are either working for free or at a reduced cost.  Actors have gone to extremes to find ways to practice both in the theatre space and off site.  Audience numbers are limited to 25% and cleaning techniques increased significantly.  It's all in an effort to resume the high entertainment value the theatre has been producing on a regular basis.

This all brings us to the show itself.  Steel Magnolias gained tremendous popularity when Dolly Parton, Sally Field, Julia Roberts, Olympia Dukakis, Daryl Hannah, Shirley MacLaine and others took to the Hollywood movie.

Set in Truvy’s (Peterson) beauty salon, where all the ladies who are “anybody” come to have their hair done. Helped by her eager new assistant, Annelle (Drexler), the outspoken, wise-cracking Truvy dispenses shampoos and free advice to the town’s rich curmudgeon, Ouiser, (Staples); an eccentric millionaire, Miss Clairee (Newman), who has a raging sweet tooth; and the local social leader, M’Lynn (Byrne), whose daughter, Shelby (Janssen), is about to marry a “good ole boy.” This comedy-drama moves seamlessly through both. The characters discover they truly are as delicate as magnolias and tough as steel.

Kristen Peterson, who appeared on stage as a teenager with her father many years ago, was able to return to the Andria in Spring 2019 with Mamma Mia.  Now, coming off not being able to return with her role in Dirty Rotten Scoundrels, is so excited to not only act, but add new life to the Andria Theatre.  Although Kristen has run her own preschool for several years, she was at one time a hair stylist in Alexandria; perhaps research for the role....

She talked One on One with KXRA's Joe Korkowski about the show. (AUDIO BELOW)

Kristen Peterson talks about Steel Magnolias at the Andria Theatre