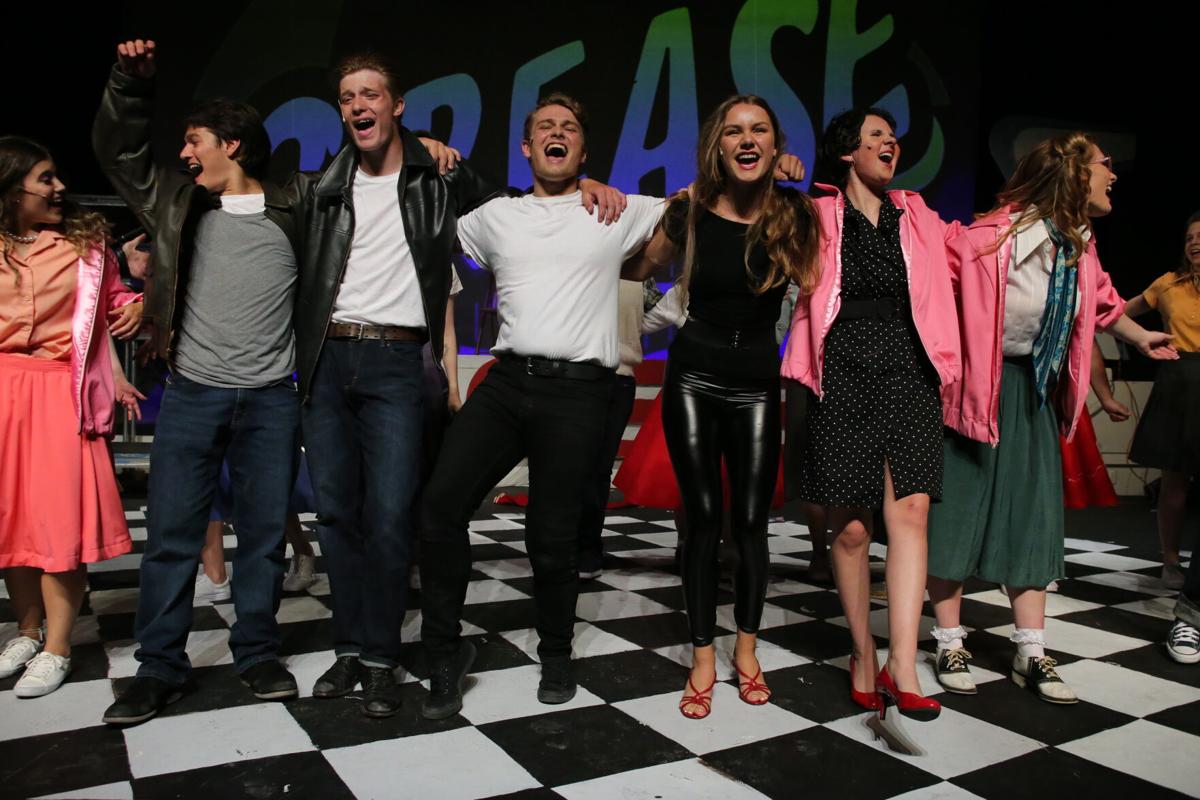 The cast of "Grease" dance and sing to the "We Go Together" at the Andria Theatre. 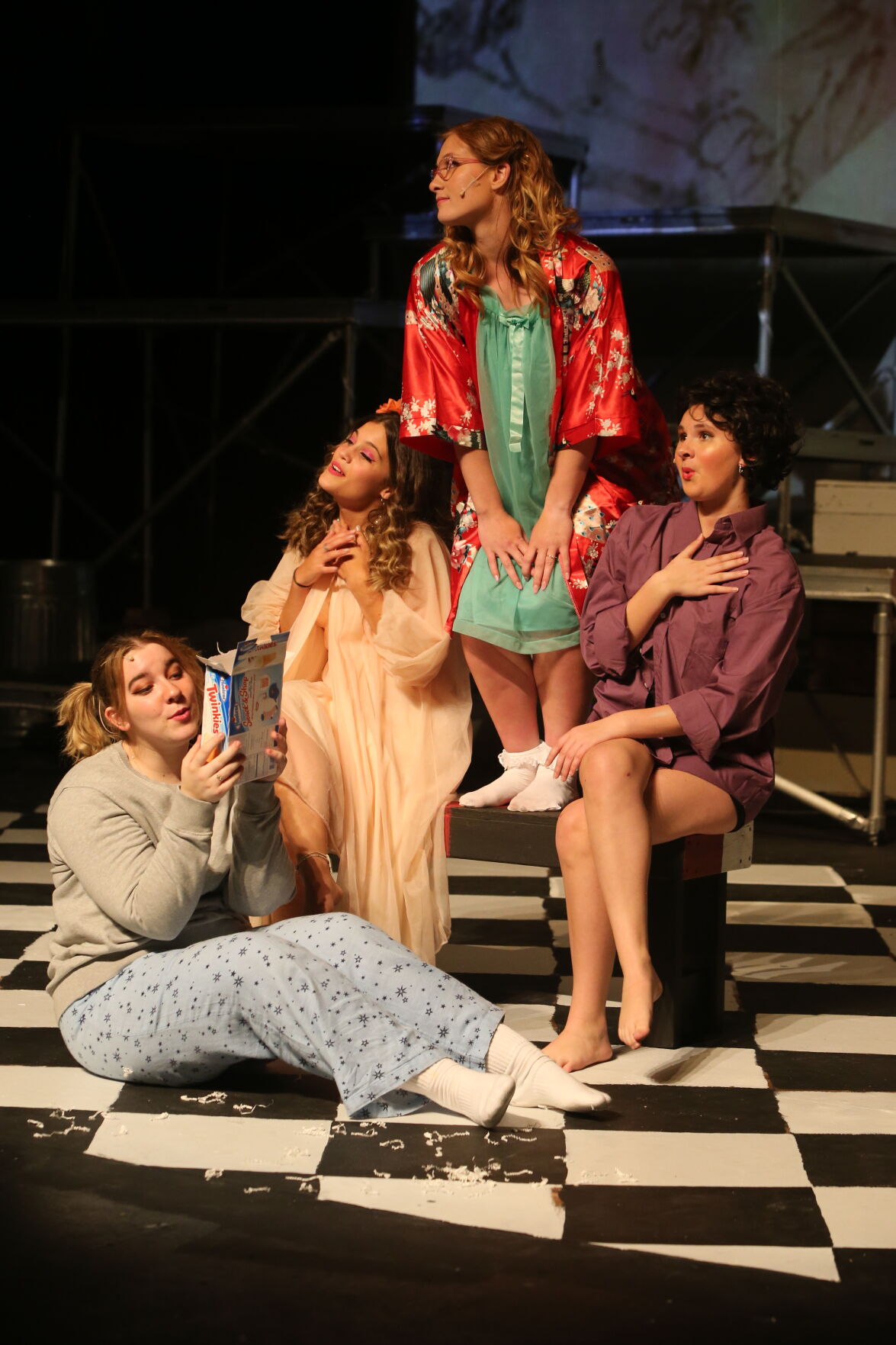 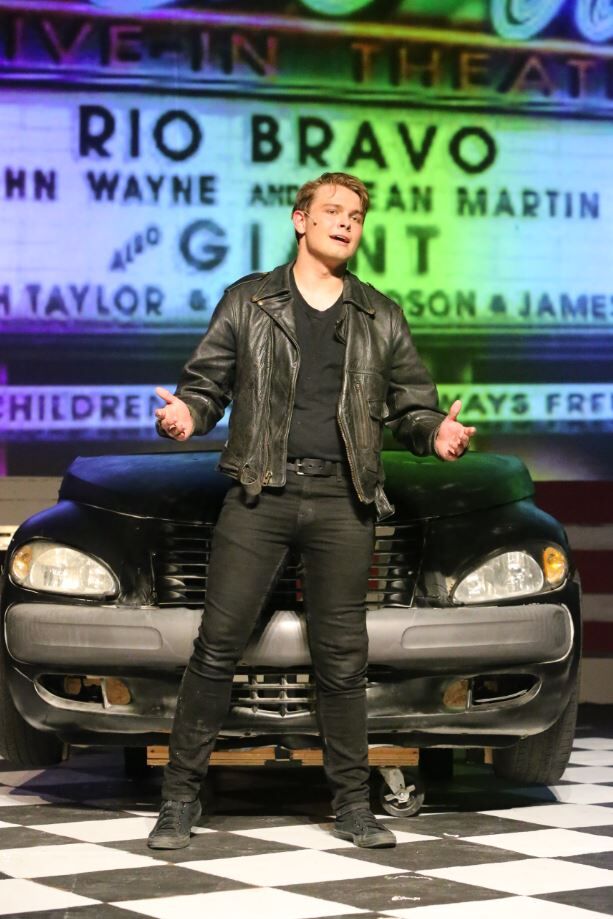 The cast took the stage for the opening number from the Andria Theatre production of "Grease". 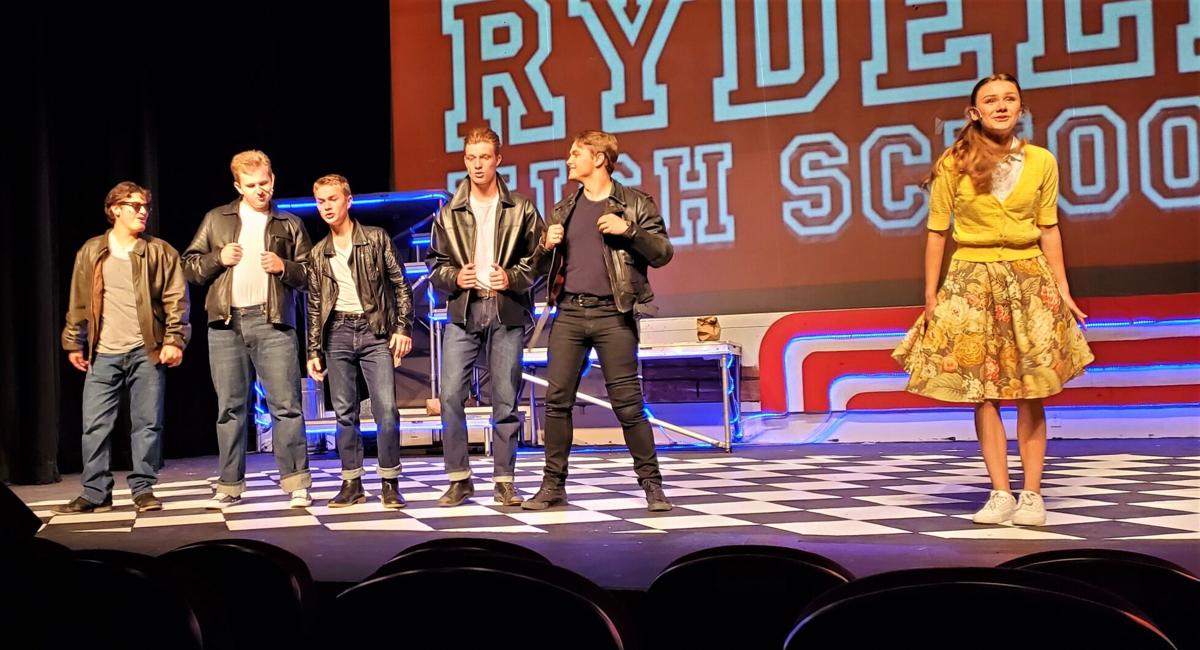 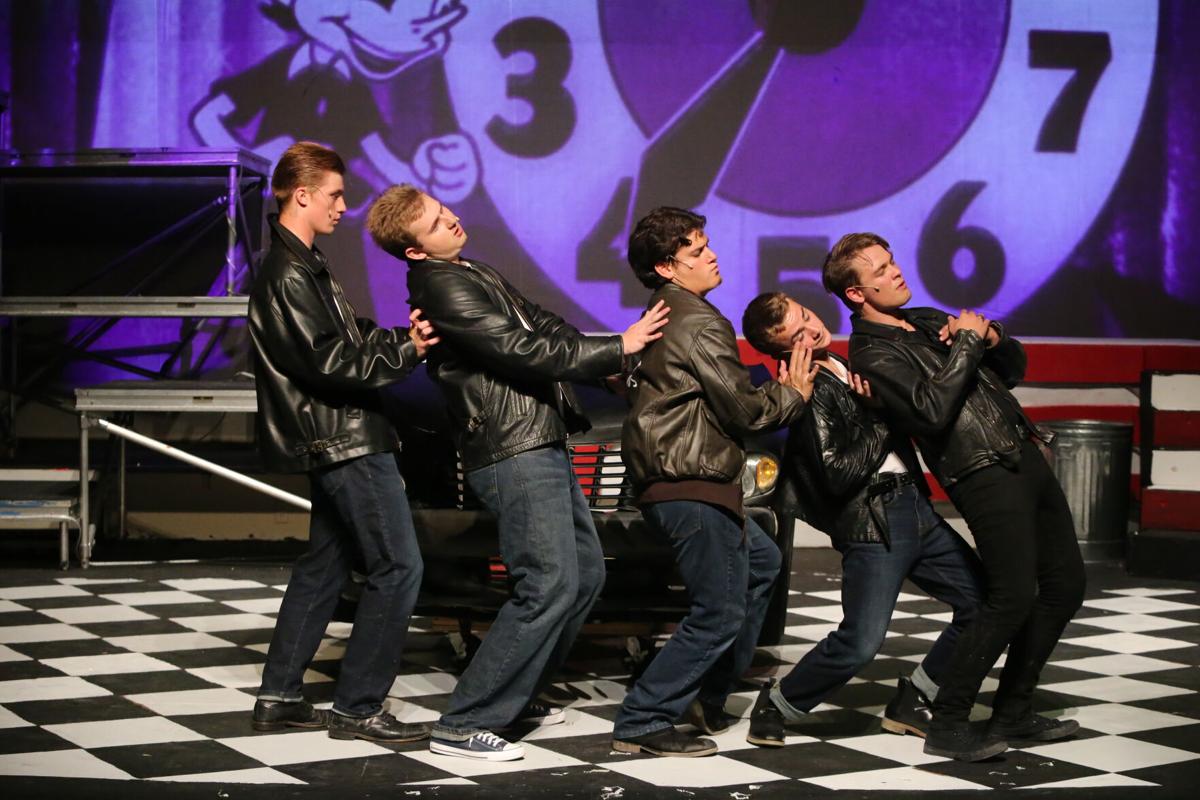 The cast of "Grease" dance and sing to the "We Go Together" at the Andria Theatre.

The cast took the stage for the opening number from the Andria Theatre production of "Grease".

(Alexandria, MN) The Student Theatre Project has begun at the Andria Theatre with the opening of the production "Grease."  The familiar story of summer love mixed with teenage peer pressure, contains all those songs you've become quite familiar with; "Summer Nights", "Freddy My Love", "Look at Me, I'm Sandra Dee", "You're the One That I Want" and many more.  Rydell High's Class of '59 has plenty of ups and downs and the musical takes you along for the Greased Lightning ride.  The two female leads, Abigail Nelson (Sandy) and Parker Zwach (Rizzo) do a dynamic job of belting their vocals in "Hopelessly Devoted to You" and "There are Worse Things I Could Do."  With the size of the cast there are many contributors to the talent pool on stage in many different capacities.  Among them is Regan Peterson who plays Danny and has that winning smile and stage presence, not to mention a pretty good voice himself.  He also helped with set design and construction.  Zach Kent (Roger) very naturally says his lines and sort of surprises you when he sings and harmonizes with Jordan Rymer (Jan) in a lovely version of "Mooning." Speaking of voices STP regular Tai Auran shows his experience with not only his singing, but his precise dance and choreography.  Kylee Dummer (Frenchy), Myra Nelson (Patty Simcox), Taylor Yeats (Marty), Nick Zabroski (Eugene Florczyk) are among a talented cast of great characters.  Ryland Yeats makes his STP debut with his role as Kenickie.  Check out the entire cast list below as this is only the tip of the iceberg.  The STP musical features 27 young people who are not only learning this show, but all aspects of theatre.

Ben Cook, who has been in many STP productions, was listed in the program as an honorary cast member.

On the production side of things here is the list crew members:

The show sponsor is Swedberg Wood Products and the Season Sponsor is Sanford Health-Alexandria.

Book, Music, and Lyrics by Jim Jacobs and Warren Casey.  “You’re The One That I Want” and “Hopelessly Devoted To You” by arrangement with Robert Stigwood.  "Grease” is presented by special arrangement with Samuel French, Inc., a Concord Theatricals Company.

STP students will present Aladdin, JR later this summer.  The show will run July 28-31 and again on August 4-7.