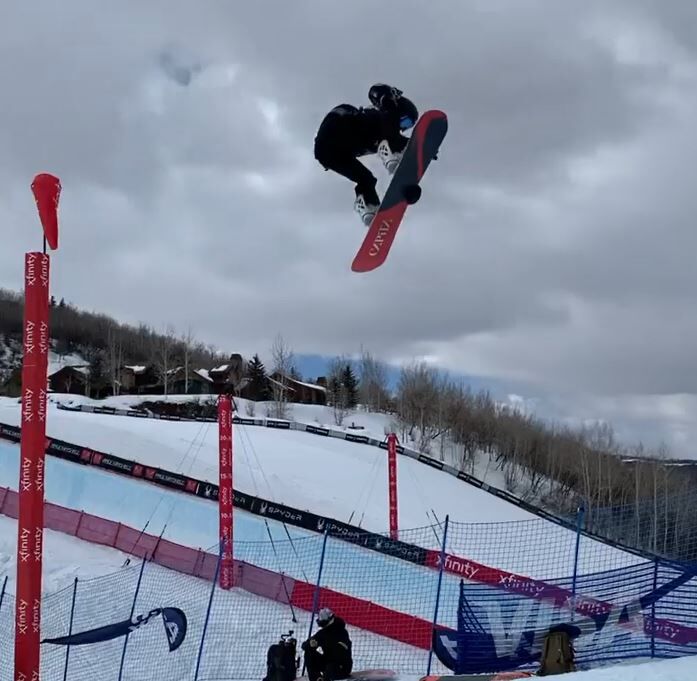 Miltona, MN's Ella Sorensen flies high above the snow during a recent competition. 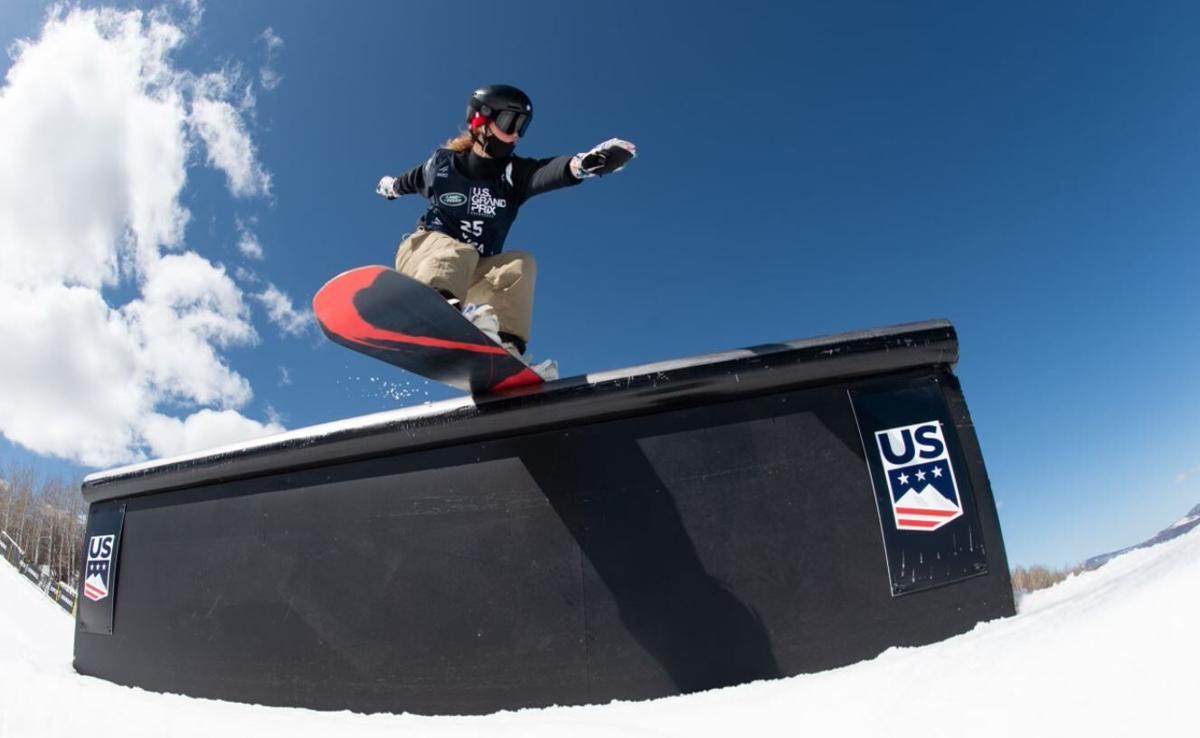 Ella Sorensen of Miltona, a competitive snowboarder, was recently named one of Falcon View Connections Academy’s (FVCA) Students of the Month in recognition of her achievements and leadership in the virtual classroom. 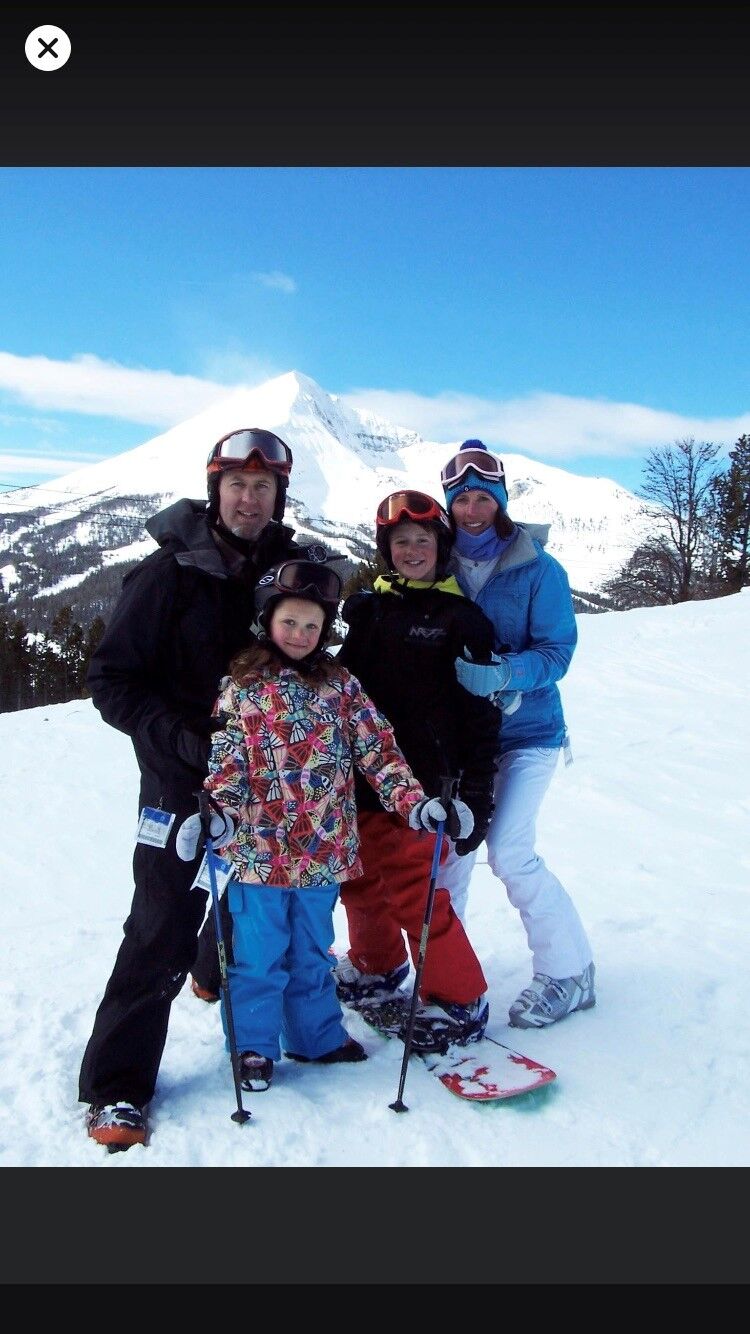 Ella Sorensen at age 7 in Big Sky with her family; parents Marc and Jeni, and older brother Cole.

Miltona, MN's Ella Sorensen flies high above the snow during a recent competition.

Ella Sorensen of Miltona, a competitive snowboarder, was recently named one of Falcon View Connections Academy’s (FVCA) Students of the Month in recognition of her achievements and leadership in the virtual classroom.

Ella Sorensen at age 7 in Big Sky with her family; parents Marc and Jeni, and older brother Cole.

(Miltona, MN) When you think of snowboarding meccas, you think of British Columbia, Breckenridge, CO and Lake Tahoe.  Rarely would Miltona, MN come to mind.  Well, it's not so much the place to go for snowboarding, but Ella Sorensen is proof that it is where you can be from.  At age 16 she is among some of the best young female snowboarders in the country.  She is currently ranked 11th in the nation.  She hopes to one day represent the United States in the Olympics.  Although that is a far off goal now, it seemed even less likely when she was a little kid.  Her path to competitive snowboarding began at the age of seven while going to Andes Tower Hills.  Her older brother Cole Sorensen was really into snowboarding, but Ella says she was just there for the hot chocolate.  Eventually she caught the bug and her competitive spirit started getting her noticed.  Ella says she first realized that she was capable of taking her talents to the next level after winning a USASA national Rail Jam title at age 13.  In 2019 she finished first in both Rail Jam and Slopestyle in her age group.  These are only a few of many top competition moments, and doesn't even touch on her prowess in wake surfing.  Needless to say, despite her fun-loving spirit, she is someone to take very seriously.  Ella now competes in Slopestyle snowboarding against women of all ages.

Her parents are Marc and Jeni Sorensen.  The family moved out to Lake Tahoe in late 2017 and moved back in the spring of 2020.  Jeni says it is very easy for the kids to train out there.  Jeni says after those wins in 2019 her daughter's drive for bigger competitions took off.  In 2020, she started to compete on an international level in the US Rev Tour events.  That same year she was invited to compete at the US Grand Prix.  Jeni says, "It's crazy to watch your daughter compete against Olympic athletes from the US as well as other countries.  These are athletes we watch on TV at the X-Games, US Open, and at the Olympics, it's hard not to be a little star-struck."  Jeni adds that the Grand Prix slopestyle course is insanely huge.   "The three jumps are 60-65 feet and your young daughter is expected to land all three with tricks after hitting 3 rails.  If her speed isn't correct going into those jumps, she will fall.  As parents, we close our eyes and pray, A LOT!  It is such a dangerous sport.  We have seen so many career ending falls."

One on One with Ella Sorensen

The 2020-2021 season was difficult for Ella's parents.  They were not able to see her compete at all this year.  Ella says she was fine with that because they make her nervous when they watch, not that a couple back-to-back-to-back 65 foot jumps would.  Jeni says that Ella prefers to call them from the chairlift after her run is complete.  The Sorensens agree that Ella has a wonderful coach in Dylan Omlin.  Coach Omlin is good about updating them on all her progress.  Omlin was the interim US Snowboard Rookie Coach this year as well as the head coach for the Auburn Ski Club or ASC (Ella's snowboard team).  Despite being a teenage, a long way from home Marc and Jeni say they couldn't feel she was in more capable hands.

Admittedly the Sorensons say this competitive snowboard life is not for everyone.  They practice five to six days a week for 6+ hours a day, sometimes in terrible weather conditions.  They are often at the mercy of the weather, snow or wind or rain.  All those factors can make for a disasterous day.  Injuries are common, the falls practicing on the huge jumps happen daily.   It was tough for her to get to travel all the way to Austria for the World Rookie finals, then getting snowed out and was not able to compete.   Ella has forced herself to be very self-sufficient.  She does all of her schooling online through the Falcon View Connections Academy.  She flies across country alone and can navigate an airport like a pro.  Jeni says "We used to travel quite a bit for competitive wake surfing so I think that's where her travel bug came from."

When she is staying with the ASC team, she has to grocery shop, cook meals, get to practice, and of course, do her school work, to name a few of her responsibilities.  Jeni says the toughest part are some of the little things like not being there to make sure she has extra gloves in her backpack, "did she pack a lunch" or to remind her to put her boots on the dryer the night before.   The team has even had to shovel their cars out of 3 feet of snow so they can make it to the mountain to practice.   She does all this and maintains her 4.0 grade point average.  The maturity in this 16 year old truly amazes me.  She is a gift, we are so proud of her.  Her short term goal would be to make the US Snowboard Rookie team (4 females) and get invited to more international events.

Ella just began her summer job here in Minnesota.  She will be working for the family that helped start it all for her, the Josts.  Ella says that Mike Jost, owner of the Lake Carlos Marina and Hang Loose MN taught her how to snowboard.  After a summer of work and hopefully plenty of wakesurfing, Ella hopes to once again play soccer at Alexandria Area High School this fall before heading back into the competitive snowboard season near the end of the year.